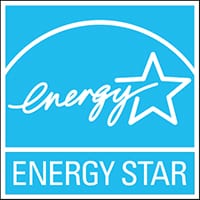 What is Energy Star?

ENERGY STAR is a joint program of the U.S. Environmental Portection Agency (EPA) and the U.S. Department of Energy helping us all save money and protect the environment through energy efficient products and practices. Results are already adding up. Americans, with the help of the ENERGY STAR program, saved enough energy in 2007 alone to avoid green house gas emissions equivalent to those from 27 million cars – all while saving $16 billion on their utility bills.

When looking for new household products, look for the ENERGY STAR seal. They meet strict energy efficiency guidelines set by the EPA and US Department of Energy. When looking to make larger improvements to your home, the EPA offers tools and resources

to help you plan and undertake projects to reduce your energy bills and improve the comfort of your home. Since the energy efficient performance of windows, doors, and skylights varies by climate, product recommendations are given four U.S. climate zones. For comparisons among ENERGY STAR products and selecting the best product available read Buying Energy Efficient Windows or go to www.nfrc.org.

Changes In The Energy Star Qualifications

The Department of Energy (DOE) issued its revised 2010 criteria for the Energy Star windows, doors, and skylights program.

The full report is available, please follow the link below.

Among the most notable changes made in the final document are changes concerning the window criteria for the Northern zone. DOE tightened the U-factor criteria to the 0.27 level. To maximize the number of products qualifying in the zone, DOE chose not to set an SHGC maximum. DOE determines it was worthwhile to recognize the benefits of higher solar gain in some applications.

In the Southern zone SHGC is allowed up to 0.25. DOE officials note that stakeholders had expressed concern that the very low SHGC previously proposed would have reduced visible light transmission and DOE decided it did not want to encourage production of windows providing less visible light.

Please fill out the form below, let us know what your needs are, and one of our specialists will be in contact with you to provide a solution customized specifically for you and your home. 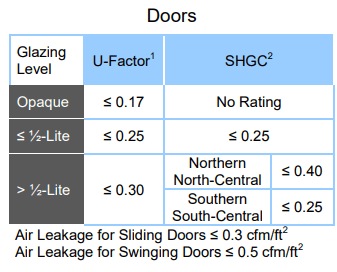