Air Infiltration (Air Leakage)
The amount of air leaking in and out of a building through cracks in walls, windows, and doors.

Air Leakage
A measure of the rate of air-leakage around a window or door in the presence of a specific pressure difference. The lower a window’s air leakage rating, the better its airtightness.

Awning Window
A window in which the sash is hinged at the top and opens by pivoting outward from the bottom using a crank handle.

Balance
A mechanism used in single and double hung windows as a means of counterbalancing the weight of the sash during opening and closing.

Bay Window
Traditionally made from three units with one large picture window flanked by two operating windows. The most popular combinations consist of double hung or casement style flanking windows. All the units can be stationary, operating, or any combination of the two.

Bottom Rail
The bottom horizontal part of a window sash.

Bow Window
Traditionally made of four or more windows joined together to form a delicate arch. A Bow can consist of any combination of windows.

Cable Support Kit
A hardware set designed to anchor a bay or bow window to a structure. The kit supports the projecting portion of the window and prevents sagging.

Casement Window
A casement window is hinged on either side so the sash opens outward in a swinging motion to provide maximum ventilation.

Condensation
A deposit of water vapor which occurs when excess humidity in warmer air is released as water droplets on to a colder surface.

Cottage Window
This is a double-hung or single-hung window with an unequal top and bottom sash where the bottom sash is greater in height than the upper sash.

Crank Handle
Used in casement or awning windows, this handle has an arm and knob assembly.

Design Pressure (DP) Rating
A method of specifying window performance which measures a product’s ability to withstand air and water forces, in negative and positive directions, while the window or door remains closed and locked.

Divided Light (Divided Lite)
A window opening with a number of smaller panes of glass separated and held in place by a grid system.

Double Glazing
Two pieces of glass separated by an air space to improve insulation against heat transfer where the air between the glass sheets is completely dried and the space is sealed airtight.

Double Hung Window
A window consisting of two sashes operating in a master frame where both the upper and lower halves slide vertically past each other and both tilt in for cleaning.

Egress Hardware
Type of hinge used in casement windows which allows for a wider opening to meet emergency exit requirements.

Egress Opening
Space between the top of the sill of the master frame of an open window, the bottom part of a raised sash and the space between the jambs of the opening. Depending on location, the most popular requirement is a net clear opening of 20″ wide by 24″ high and not less than 5.7 square feet.

Energy Star
Independent government program responsible for developing a standard set of guidelines designed to recognize the energy efficiency of various products including windows and doors.

Extrusion
The process of producing vinyl or aluminum shapes by forcing heated material through a die. An item made by this process.

Factory Mulled
Two or more window units attached together at the manufacturing facility.

Fenestration
The placement of window and door openings in a structure wall.

Fixed Panel
The non-operating panel of a slider window or sliding door.

Folding Crank Handle
Hardware with an arm and knob assembly where the handle folds down when not used. Common in casement windows.

Full Screen
A screen which fills the entire window opening.

Fusion Welding
The process of joining vinyl window or door frames and/or sashes which entails the heating of each piece individually then joining them until bonded together. This eliminates water and air infiltraion.

Garden Window
A box-shaped window with a slanted glass roof, typically with a glass shelf, which projects from the side of structure and can be used as a miniature greenhouse.

Glazing
The glass panes in a window, door, or skylight.

Glazing Bead
Pieces of molding around the inside of a window sash or frame which hold the glass unit in place.

Grids
Decorative grids on the interior or exterior surface of the glass, between glass panes, or in any of these combinations which divides a glass unit into smaller openings to create any number of lites.

Grids Between The Glass (GBG)
A window or door option where grids are placed between panes of insulation glass.

Half Screen
A type of screen which covers only one half of the window, common in single and double hung as well as slider windows.

Header (Head)
The upper horizontal part of a window frame.

Heat Gain
Transfer of heat from the outside to the inside of a structure through all surfaces.

Heat Loss
Transfer of heat from the inside of a structure to the outside through all surfaces.

Hopper Window
A window where the sash is hinged at the bottom and pulls inward for opening.

Horizontal Slider (Slider)
A window where one or both panels slide horizontally past each other.

Integral Nailing Fin
An integral nailing fin is part of the master frame of a New Construction window. It aids in the ease of installation as well as offering increased strength and stability.

Interlock
An upright frame memeber of a panel in a window which engages with a corresponding member in an adjacent panel when the window is closed. An interlock on a window or door provides a hooking action between the sash rails reducing air infiltration and increasing security (an overlap.)

J-Channel
An optional extrusion part on a New Construction master frame which allows for a home’s siding to slip between the trim and nailing fin. It allows for easier installation since there is no need to finish the siding edge.

Jamb Extension
Wood, most commonly, attached to the inside edges of the window or door to extend its width and adapt it to a thicker wall.

Keeper
A bracket employed as a latching point in locking hardware.

Knocked-Down
Describing the final product as unassembled, most commonly a patio door.

Laminated Glass
Two or more panes of glass bonded together with a layer of plastic in between.

Lift Rail
The bottom part of the sash on a double or single hung window designed with an integrated method of lifting the operating sash.

Light (Lite)
When glass in a window or door is divided by a grid into multiple smaller openings, those openings are called lites.

Lintel
A horizontal beam above a window or door opening which supports the weight of the wall above the opening.

Mechanical Window
A window in which the corners are assembled using screws as opposed to a welded corner construction.

Meeting Rail
The part of a window or sliding door where two panels meet.

Multipoint Locking System
A locking system where there is more than one locking point.

Nailing Fin (Nailing Flange)
An integral part of a New Construction window or patio door master frame which usually overlaps the stud and through which nails are driven to secure the frame in the opening.

Operable Window
Any type of window which can be opened for ventilation.

Oriel Window
This is a double or single hung window with an unequal top and bottom sash where the top sash is greater in height than the lower sash.

Pane
A single sheet of glass.

Panel
The component of a sliding glass door, consisting of a glass unit in a frame installed within the master frame of the door. May be stationary or active.

Picture Window
A fixed window which does not open for ventilation.

Rough Opening
The opening in a wall into which a door or window is to be installed.

Sash
The part of a window which includes the glass unit and the frame sections directly attached to it.

Screen
Woven metal, plastic, or fiberglass mesh stretched over a frame which sits inside the master frame of the window or door and permits air to pass through while stopping insects.

Seal Failure
Loss of the airtight seal in the insulated glass unit which results in fogging between the glass panes.

Seat Board
A board cut to fit the contour of a Bay or Bow window which provides a seat or shelf space.

Sill
The lowest horizontal part of a window or door frame.

Simulated Divided Lights (SDL)
A window or door unit with the grilles placed between and on the glass surface which has the appearance of a number of smaller panes of glass in one frame.

Single Glazing
A single pane of glass in  window or door.

Single Hung Window
A window consisting of two sashes where the upper sash is fixed and the bottom sash moves up and down as well as tilts in for cleaning.

Skylight
A roof window which gives light and if it is operable, ventilation.

Slider Window
A window consisting of two or more sashes which operate by sliding horizontally past each other.

Sliding Glass Door (Patio Door)
A door consisting of two or more panels which move horizontally on a track. Usually only one of the panels is active and moves in a rolling rather than sliding motion.

Solar Heat Gain Coefficient (SHGC)
The measurement of solar radiation emitted through a window expressed as a number between 0 and 1. The lower a window’s solar heat gain coefficient, the less solar heat it transmits.

Spacer
A material which separates the panes of glass to create the airspace in an insulating glass unit.

Stress Crack
A defect resulting from a stress condition originating at a point along any of the edges of a piece of glass.

Tempered Glass
Glass which is strengthened by reheating it to just below the melting point and then suddenly cooling it. This process gives it the ability to break into small pieces when shattered making it ideal for safety glazing in patio doors, side lights, and other hazardous locations.

Thermal Break
A barrier between elements of high conductance which reduces the flow of heat. This is often used in aluminum windows.

Thermal Expansion
A dimensional change in a material due to temperature changes.

Tilt Latch
Mechanism at the top of each sash which allows for inward movement for cleaning as well as removal purposes.

Tinted Glass
Glass colored in the manufacturing process by the addition of a mineral admixture.

Transom
A window above a door or another window, usually non-operable.

Triple Glazing
Three pieces of glass separated by two air spaces to improve insulation against heat transfer where the air between the glass sheets is completely dried and the space is sealed airtight.

U-Value
A measure of the rate of heat loss through a window or door. The lower the U-Value, the greater a window’s resistance to heat flow and the better its insulating value.

V-Groove
A decorative pattern which is “grooved” into the glass using a special process.

Veneer
A thin sheet or layer of wood.

Virgin Extrusion
Extrusions which are produced from virgin vinyl with no regrind added.

Visible Transmittance (VT)
The percentage of available light which comes through a window. The higher the VT, the more daylight comes in.

Warm-Edge Technology
Use of low-conductance spacer materials to reduce heat transfer near the edges of insulated glass units.

Warping
What happens when an object is twisted out of shape.

Weatherstripping
Variously shaped material which covers the joints between the sashes and master frame reducing air and water infiltration.

Weep Hole
A small opening in a window or door sill through which water may drain to the building exterior.

The Best Experience Ever

"The Team at Window Works of Chattanooga are great. They won't leave you with any work left to do from bad contractors. Prices were excellent and lifetime warranty is awesome!" 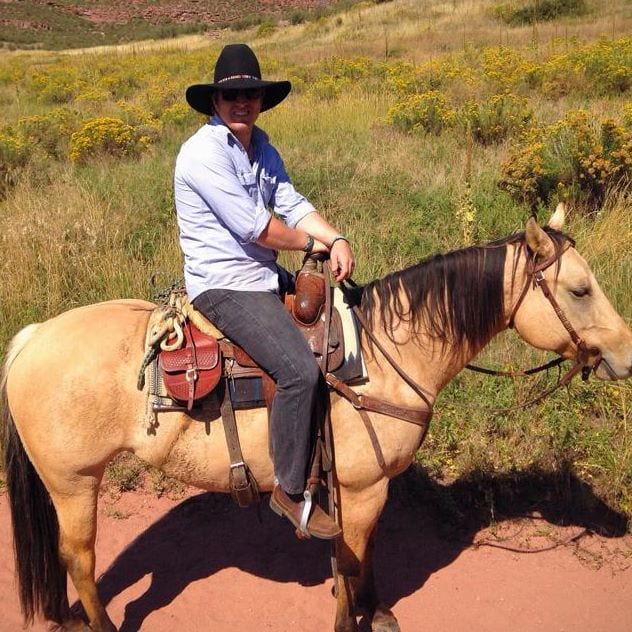 Enjoy The View From Your Home